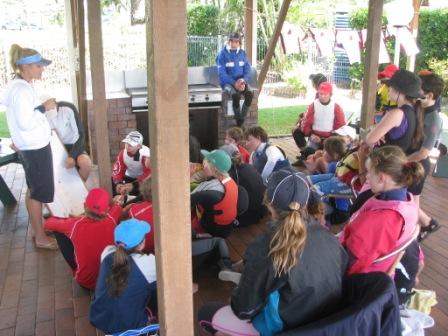 The SQSA coordinates training for its members. This is targeted to sailors who are able to handle their own boat, either through the completion of Learn to Sail courses or through on-the-water practise. Vacancies are often available for junior crew, particularly early in the sailing season.

Training is usually monthly, on a Saturday and/or Sunday, and in different venues to challenge sailors in different sailing conditions.

Check our calendar for training dates and locations.
SQSA training is offered on a user-pay basis:  usually $20 per boat
per day. 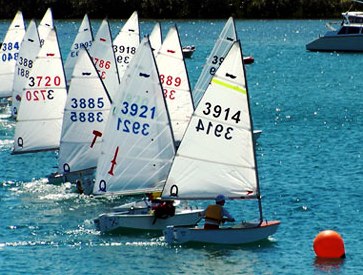 Most SQSA sailors participate in weekend races at their sailing clubs. Sailing seasons are often September through May with some clubs also sailing through winter.

In addition to club racing, SQSA members participate in Sabot regattas sponsored by the SQSA and member clubs in family-oriented venues from Southport to Yeppoon:

Other popular regattas through the year include the Easter Regatta hosted by the Maryborough Sailing Club in Hervey Bay, the State Championships at Yeppoon in June, OAMPS Regatta at RQYS in July, and Sail Brisbane at RQYS in Manly in November.

Check our events page for Notices of Race and upcoming events.

To learn more about being a member - contact secretary@sqsa.org.au
Copyright SQSA. - All Rights Reserved
Back To Top